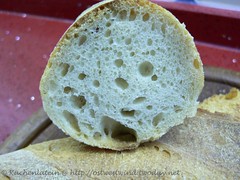 Mary and Sara chose a Julia Child recipe for the Daring Bakers Challenge this month. The recipe was a big surprise, it came in metric units. Thanks to Baking Soda, who gets a Golden Loaf Award for checking the metric untits on her scale. have to admit, that I was shocked about the length of the recipe. But as a Daring Baker I managed to go through. Mary and Sara recommend an unbleached flour that has gluten strength of 8 to 9 per cent. In German flours 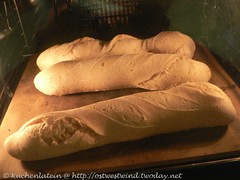 only 46 % of the protein is gluten. If using a strong flour with a protein content of 11 % the gluten-strenth is only 5%. Therefore I used a mixture of 70 % wheat flour Type 405 and 30 % Manitoba flour. I got down to work following the recipe. I ended up with three batards, the result was satisfying. The taste was good, but not mind-blowing. I think a preferment would have given a better flavour.

For the recipe visit The Sourdough. 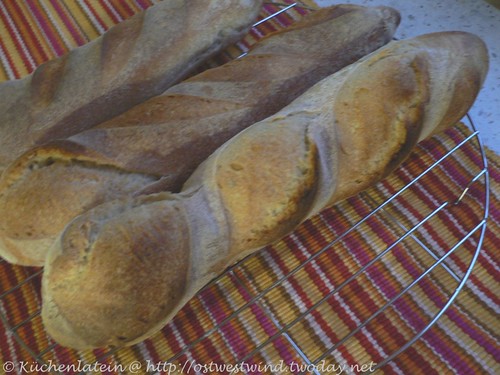 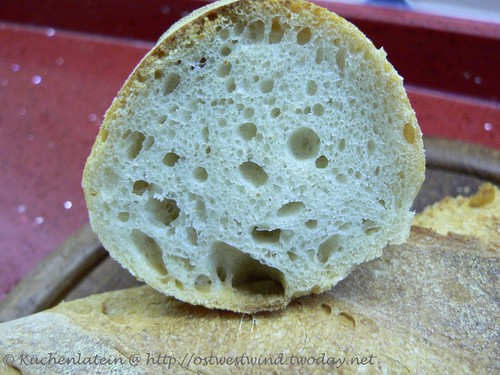 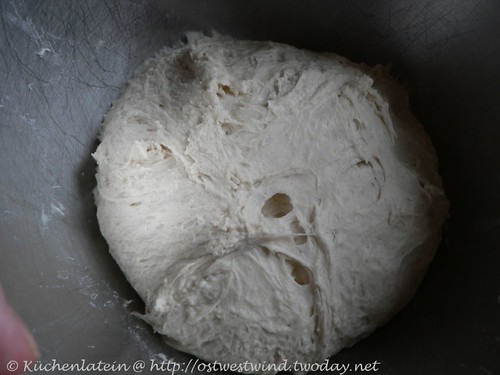 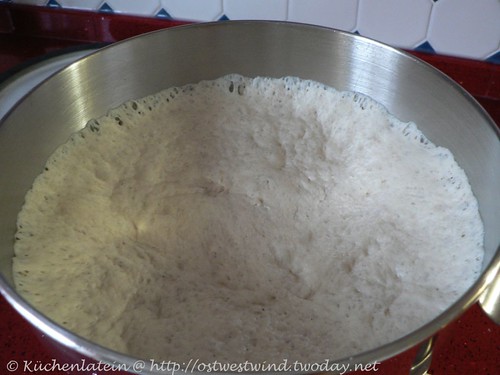 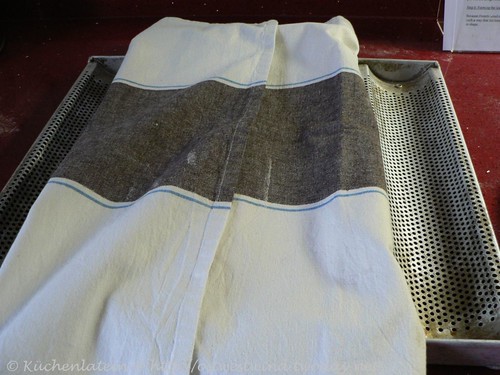 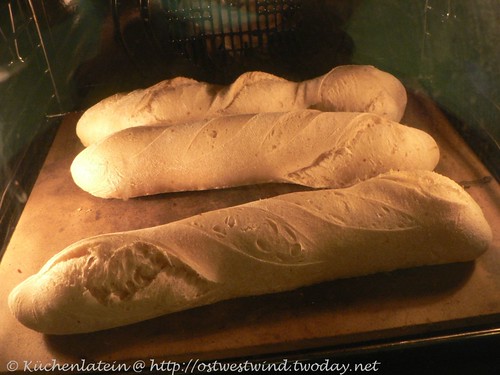 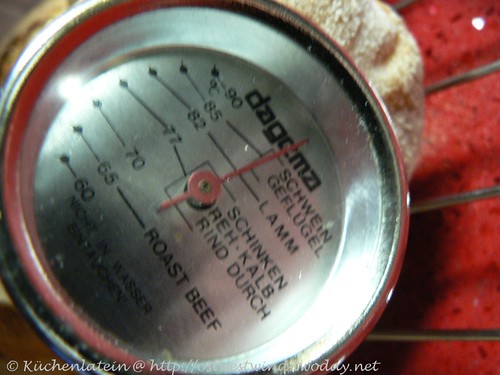 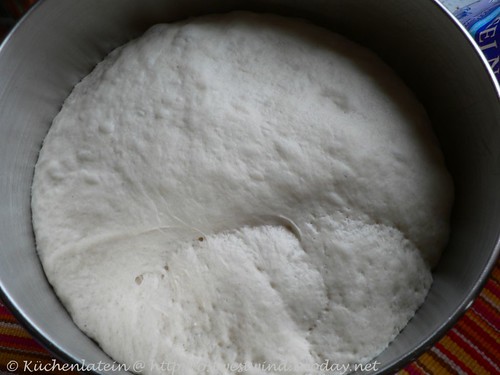 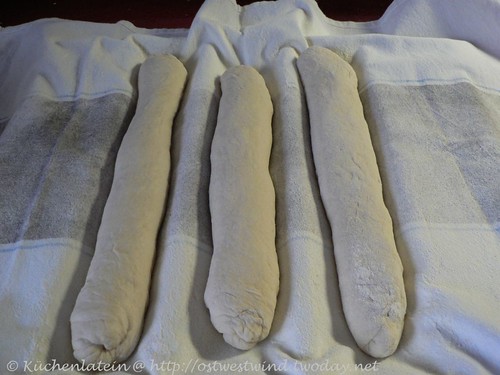 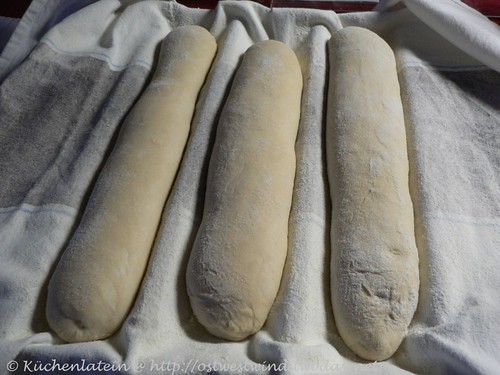 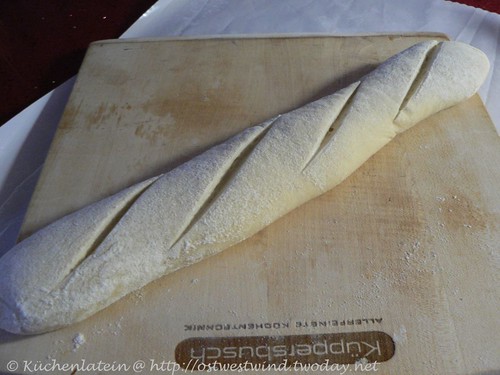 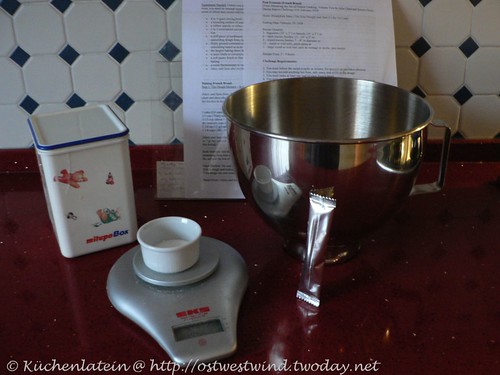 more from the Daring Bakers at Küchenlatein