This week Kalyn of Kalyn’s Kitchen, the inventor of Weekend Herb Blogging, hosts the 81th recap.

The fifth season in Schleswig-Holstein has begun. 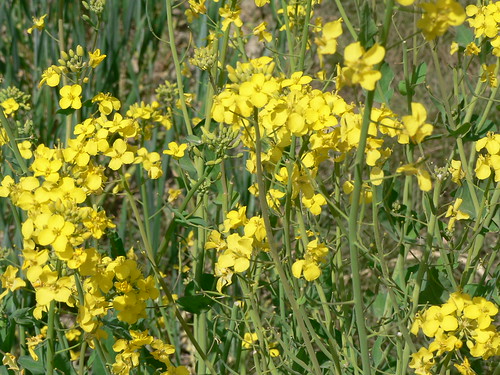 Last year the blooming was about four weeks later, I wrote about it for the 34th WHB-edition.

The rise of using rape for the human nutritition began in the seventies of the last century, when the oil lost the bitterness of glucosinolates and erucic acid.
Now rape is in great demand as renewable raw material. You can only grow every 3rd year rape on the same field.