Susan from FoodBlogga is hosting the 91st round of Weekend Herb Blogging. This week I focus on lavender. I have two kinds of lavender in my garden, the purple lavender and a paler variety.

Lavender was once used for all sorts of cosmetic purposes and its heady fragrance scented not only Victorian parlours, bedrooms and drawing rooms. Linen chests and cupboards were perfumed with lavender sachets and lavender shrubs were often grown near the kitchen door so newly washed clothes could be spread over them to dry. It’s the traditional Victorian fragrance, which wards off mothes from clothes.

Oil of lavender rubbed on the skin is said to prevent midge and mosquito bites. Last year I used lavender leaves for a lavender lemonade, this year I seized KitchenMage’s idea of 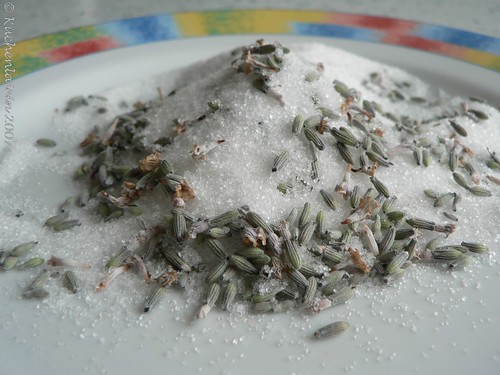 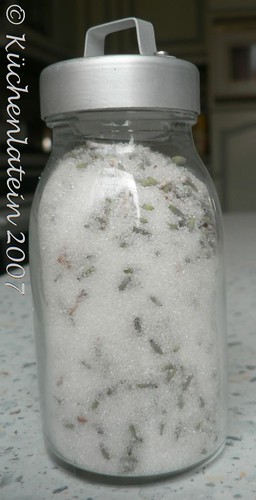 until the sugar absorbed the flavour. You can pass the sugar through a strainer to remove the buds or leave them in when you use it to sweeten tea, to make lavender ice cream or lavender crème brulée .