This month Ruth from Once Upon A Feast co-hosts this month Weekend Cookbook Challenge. She has chosen the theme of a Foreign Dish – something from a culture other than our own. You can’t persist in saying that the British culture differs a lot from the German. But there are varieties in the cuisines, especially in puddings. In Germany pudding is the common name for dessert. But in the UK there are different types of pudding. Please read this Wikipedia article for further information. 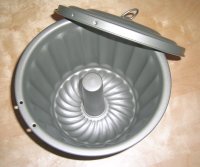 And there are differences in the type of pudding basins. A fellow blogger reported of his odyssey to find a pudding tin. And he found this one. In German commercial pudding tins are made of aluminium or are made of coated material. They have a lid and a „funnel“ in the middle. With Jan’s words: a bundt cake tin with a lid. 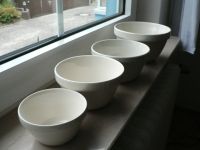 In the UK it was very easy to buy pudding basins. They were available in bigger supermarkets, hardware stores and iron mongers. I bought 4 different sizes, from one pint to 1.2 litres. They have no funnel and are pottery basins. Once a pudding recipe was complete any mixture which required steaming would be placed in the basin and covered with greaseproof paper and/or muslin. String would be tied round the basin and looped to form a handle (hence the stepped rim) and the finished item placed in a pan of boiling water to cook. So did I to prepare

from one of my new cookbooks. 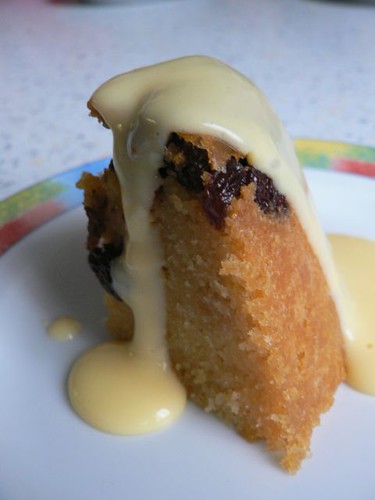